U16 Junior B Shooters 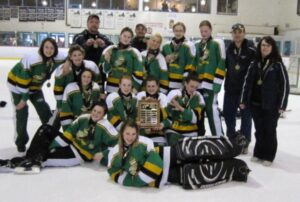 The Coaches and Manager want to congratulate the Junior B Shooters for their successful year.  They won gold in the Queen City Classic, they were Gold Medal Provincial winners as well as Gold Medal winners for the City Championship.  The girls played hard each and every game.  It was a tough year being on two teams for most of the girls on the team but they did their best showing up for practices and giving all they had for ALL the games.  We would like to thank the girls that played on the Shooters only – the patience and the dedication were awesome.  The girls respected and treated each other with fairness and kindness.  New friendships were made and old friendships were renewed.  It was a great year all around.  It will definitely be a memorable one!  We also would like to thank the parents – driving to Roleau for Sunday practices, cheering in the stands while freezing your toes and just being there for the girls and coaches.  Way to go Shooters!! 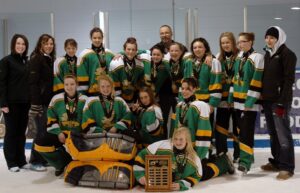 Congratulations to the Regina Aces U14AA for winning the Provincial Championship held March 27 – 28 in Regina.  It has been a great year for the girls, coaches, and parents. 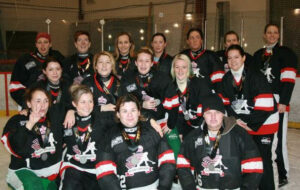 We want to congratulate the Open B Blades on winning the silver meal at the Provincial Championships in Saskatoon and the silver medal in the Medicine Hat Tournament. It is a pleasure to coach this team because of the friendly and respectful way the players treat each other and their coaches. We want to thank our players for the great attendance we have had at all of our games and tournaments this year. It was another fun and enjoyable year with the Blades, thanks to our players.

U16 Junior B Vipers 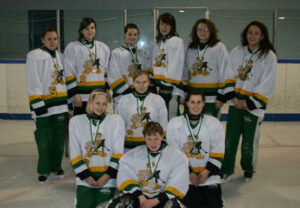 We want to congratulate the Junior B Vipers on winning the silver medal at the Provincial Championships, the silver medal at the Queen City Classic Tournament and for finishing first in the Junior B League standings. We want to thank our players for the caring and respectful way they treated each other, their coaches and their opponents. We want to thank our players for working hard during games and practices, always showing up on time and for giving your coaches your undivided attention while we were instructing you. We also want to thank our team parents for their friendship and their commitment to ensure that this year would be a successful and memorable one. 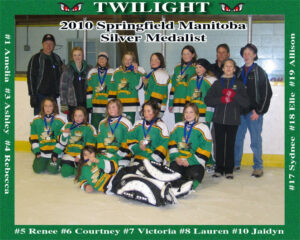 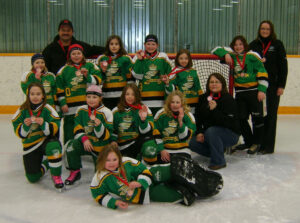 Congratulations U10 Ice Breakers on your Bronze Medal win at the Ed Horvath Interprovincial Classic in Medicine Hat held February 12-14, 2010. 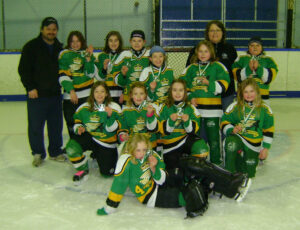 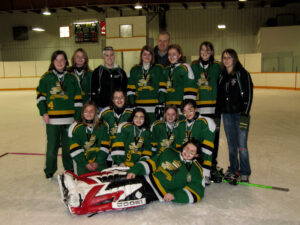 Congratulations to the U14 Wildcats on their 4 game straight victory win in Winnipeg, Manitoba on January 15, 16 and 17.  It was a close gold medal game winning 7-6.  The girls had fun on the bus, shopping, swimming and hanging out in the hotel.  Way to go Wildcats! 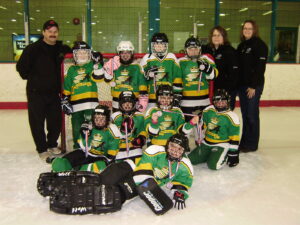 Congratulations to the U10 (Novice) Ice Breakers on their 4 game straight win in Brandon, Manitoba (November 21-22, 2009). The girls had fun and were proud to wear their GREEN jerseys. Go Ice Breakers! 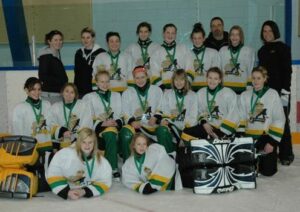 Congratulations to the Regina Aces U14AA for winning the Silver medal at the 2010 Jim Benning Invitational tournament held January 8-10, 2010.