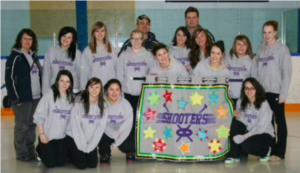 Congratulations to the Junior Shooters for winning Bronze at Provincials. They played hard and worked together as a team the entire weekend. This showed when they won the Best Banner award at the Opening Ceremonies. The girls are always doing their best and giving their all whenever and wherever they are expected to. The Shooters won Silver at the Golden Ring in Calgary losing Gold to the Regina Panthers. At the QCC they took home Silver again. After a couple of attempts of getting Gold – it finally came through when the team attended the Sweetheart Tournament in Spruce Grove, AB. Good job Girls! We want to thank the girls for giving their all and making the year fun for the players, coaches and parents. We also want to thank the parents for all they did. The year could not have been as successful without you all! You definitely are the best fans! 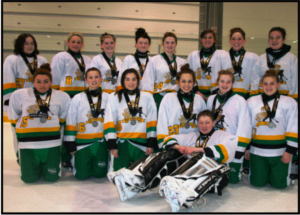 We want to congratulate the Regina U16 Panthers on winning the silver medal at the 2011 U16 Provincial Championships. We were fortunate that all of our players had recovered from their injuries and were able to play in this tournament. We want to congratulate the Saskatoon Force on winning the gold medal and we wish them good luck at the Western Championships. We are looking forward to participating in our League Championships next week. 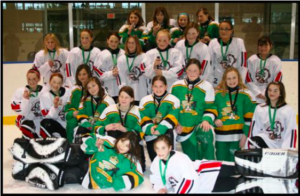 Congratulations to the Buffalo Plains White U12 Phantoms and the Regina U12 Rage Teams for their top four finish in the Regina Queen City Tournament.  To finish in the top four out of a pool of sixteen teams is a great accomplishment for both teams and they worked to hard to achieve this goal. We want to congratulate the Buffalo Plains U12 White Phantoms on winning the Bronze medal and the U12 Rage for winning the fourth place medal. We want to compliment the Buffalo Plains U12 White Phantoms for their sportsmanship on the ice and for their suggestion that we do a group picture of the girls. We want to thank Regina Ringette for a well run tournament and the opportunity to play teams from different cities and provinces. 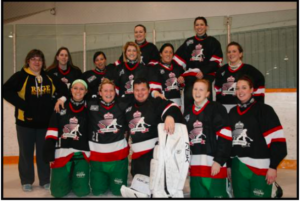 Due to prior commitments and sickness only twelve of our sixteen players were able to attend this tournament. The competition was very strong in this Division. In one round robin game we came from behind to score two goals in the final ninety seconds to win the game. In the gold medal game we fell behind three goals early on but rallied to end the game in a five all tie. In the overtime period we were fortunate to be able to score within thirty one seconds to win the gold. We want to compliment our players on the tremendous work ethic that they maintained throughout the tournament. We wish to thank our players for a very enjoyable weekend. 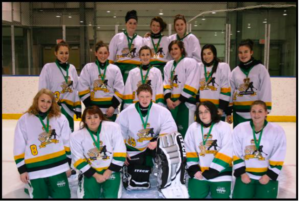 We want to congratulate our U16 Panther B team for winning the gold medal at the Regina Queen City tournament. The Panthers played every game with intensity, with discipline and with heart. We are looking forward to attending our next tournament which will be the City of Bridges Tournament in Saskatoon. We want to thank our players for continuing to work hard, for having positive attitudes and for making the year fun for all the players and for the coaches. We want to thank our team parents again for their support of our coaching programs and for cheering on our team during their games. 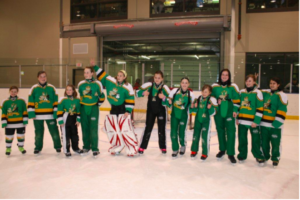 Congratulations to this great bunch of young ladies that pulled off a GOLD medal in the U14B Queen City Classic.  GO RAIDERS GO!! 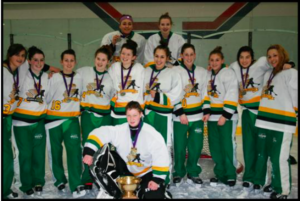 We want to congratulate our U16 Panther B team for winning the gold medal at the Golden Ring Tournament in Calgary. We also want to congratulate them on the good showing they had in the Jim Benning Tournament by winning all three of their round robin games in the U16A/U14AA Division. The Panther players are a pleasure to coach because of their positive attitudes and their willingness to follow a game plan in a consistent disciplined manner. They get along extremely well as a team and are a fun loving group of players to be around. We want to thank our team parents for their support, their friendship and the great conversations that we have had in our hospitality rooms. We are looking forward to spending some more time with our team at the Regina Queen City and the Saskatoon City of Bridges Tournaments in February. We want to thank our players for their work ethic, their fun approach to the game and for making this year a very enjoyable one for their coaches. 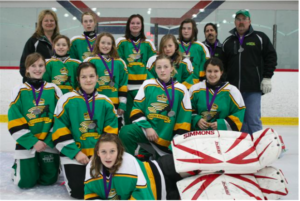 U14 B Rough Ringers 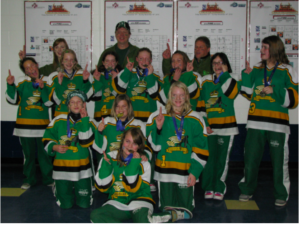 Congratulations Regina Rough Ringers Tween B (U14) for winning 5 games to win the gold medal in the Airdrie, Alberta “Ring of Fire Tournament” November 12-14, 2010.